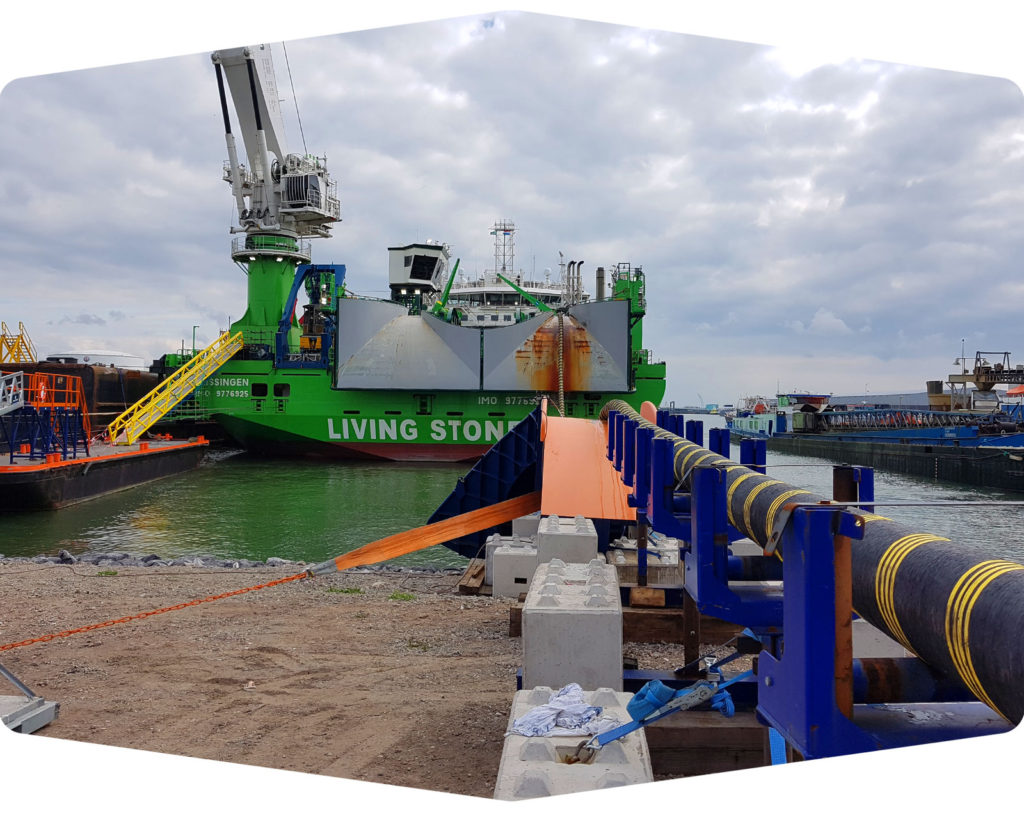 The contract was awarded to load-in and store 5km of the Modular Offshore Grid spare export cable from the new-build Tideway Living Stone cable lay vessel.

Swan Hunter’s newest equipment fleet addition, the 1000Te modular carousel system was used in conjunction with a 15te shoreside tensioner, and loading lower, to spool the cable. The liftable modular basket will be moved to final long term storage location with SPMTs later this month.

“This is another fantastic example of well-executed project operations at our cable storage and spooling yard, which places it firmly on the map within the european offshore wind services supply chain. To have another flagship cable lay vessel at the yard, the Living Stone, which is brand new to the market, further confirms the flexibility and capability of our strategically placed facility and it’s attraction to installation contractors and offshore windfarm developers active in the market”.